Home HOME IMPROVEMENT Alarm Systems Versus CCTV Cameras: Where Should You Invest Your Money? 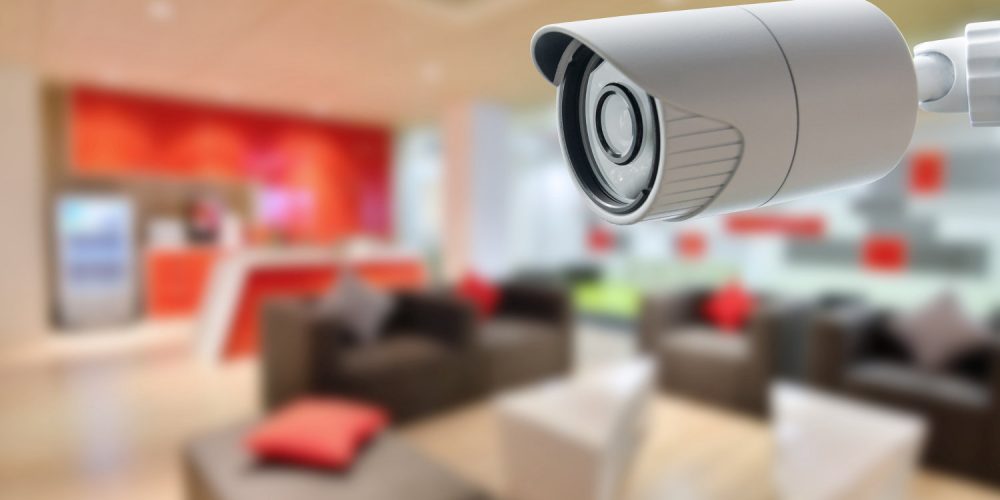 The threat of home invasion is greater than ever, especially if you live in the suburbs. The economy has, as planned, put thousands upon thousands of people on the streets. This has resulted in an increase in crime, with envious eyes turning to homes with little security.

Inner-city anti-homelessness and vagrancy laws ensure that the people most likely to break into your home have nowhere else to go but right to your door. So, what do you do about this?

There are two powerful tools that you can use to ward off intruders: Alarms and CCTV security cameras. Both have their own pros and cons, and both are proven to be effective.

But what if you only have the time or money to invest in one? Or, if you had to get one first, which would it be? The differences are as varied and nuanced as they are numerous. So, let’s go over what the difference is between alarms and cameras to decide which is best.

While you can imagine what an alarm is, it is an entirely different thing to know how an alarm works and what it is meant to do. Basically, an alarm is a device that tracks the motion of your doors (usually just your front and back door) and blares a sound if it detects that motion.

This will usually be controlled with a wall-mounted security hub that allows you to turn it on and off. But there are a few variables at play here. Some alarms are more advanced than others. In fact, while in the past most alarms would have you arm them before you left your home and disarm them when you came home, the norm these days is for them to be automatic.

An alarm can work on a schedule, or it can even work by tracking when you arm and disarm it to make a schedule for you. Some alarms do not even have a wall-mounted hub. These will be installed elsewhere and controlled through a phone app. They can even be set to call the police.

You can also have more than just two motion sensors in your alarm system. You can get multiple sensors that detect when windows break, and when the garage door is forced open.

That is a lot of features. One of the issues with alarms is that they can have so many different features that you can accidentally create a faulty security system. You can set an alarm that is too sensitive, or you can set one that does not actually go off.

It might take a security expert to diagnose whatever problem your alarm is having. Worst of all, while an overwhelming majority of home invaders will be scared off by an alarm, some will not.

Cameras have seen huge advances since their introduction in the mid-1900s. No longer are they big or bulky, nor do they require a constant connection to a storage device in order to record what they are pointed at. Storage devices are small enough to be on the camera itself.

They also do not have to be plugged in. The reason is twofold: First, like storage devices, power supplies for cameras have come a long way in miniaturization. This means you can have a camera that has a powerful battery. But more importantly, most cameras only turn on when they detect something in front of them. This means they do not use that battery too often.

Cameras are usually used to catch people in the act of doing something bad. This allows you to manage the liability of owning your home. Now, insurance will have no choice but to pay up since all the damage, both from people and from nature, is caught on video.

But perhaps the best aspect of cameras is how they act as deterrents. If a person is sure that they will get caught on camera while trying to rob a house, then they are far less likely to do it.

And like alarms, cameras can be paired with apps to give you alerts when they re activated. That means you can call the police if you spot someone invading your home through them.

That being said, if a person does decide to do it anyways, then the cameras alone will not stop them. You will have evidence for their wrongdoing, but most home invasions and vandalism never get resolved by the police. A video just does not give enough information.

Also, installing cameras can be bit tricky in some properties. Larger houses and farms will find that they have far too many entrances and exits to monitor, and far too many valuables that a burglar might go after. This makes their cost higher too.

It cannot be denied that cameras have their place in home security, but alarm systems have to be declared the winner between the two. Alarm systems can scare off intruders on their own, but even if that fails, they can still call the police on their own.

Cameras can, potentially, alert you to when they are activated. But that feature is not as common as it should be. Combine that with the fact that cameras already cost more, and alarms are just more efficient for how little time they take to install and how little money they cost.

Alarms win because of two main reasons: First, they can respond to things happening better. Cameras are proactive, and there is a lot of validity in that. But they are not a strong proactive response in the way alarms are a strong reactive response. And strength is important here.

The second reason is the depth of customization options alarms have. They can be as smart or as straightforward as you want. And more importantly, they can be as strict or adaptable as you want. So, if you want to get an alarm or camera system of your own, visit us here: https://smiththompson.com/home-security-systems-houston/

How To Measure Door Hinges To Accurately Replace It?

Things to Know About Window Treatments

Renovation vs Restoration vs Remodel – What’s the difference?

Sophia Rose - August 29, 2022 0
When it comes to making improvements to your home, the difference between a remodel and a renovation is that the remodel refers...

4 Easy Ways To Freshen Up Your Home

Sophia Rose - November 16, 2022 0
As a homeowner, you’ve probably looked at your house at one point and felt unsatisfied by its interior or exterior. This can...

Sophia Rose - May 8, 2022 0
Marietta is Georgia's third-biggest county with a sizable population and is known for its abundant natural resources and inexpensive real estate. However,...

8 Wonderful Types of Mattresses to Make a Bedding Choice

Sophia Rose - July 28, 2022 0
Coming home after a very long, tiring day can be a very exhausting, right? What would one want after such a busy...

Welcoming your newborn? Necessary changes to make in your house