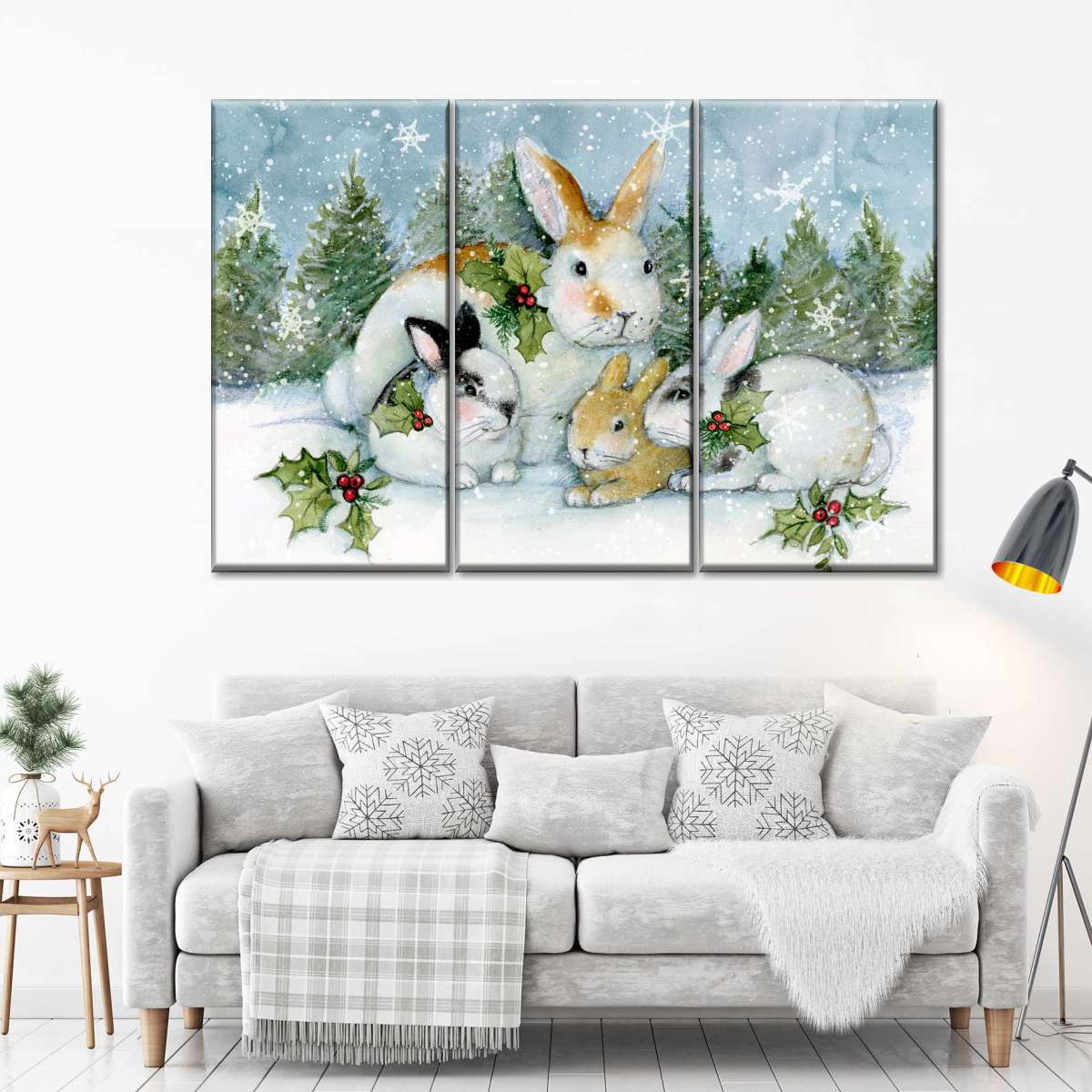 Rabbits are common motifs in art culture due to their mythological and artistic meanings. In addition, they have been associated with moon deities that signify rebirth and resurrection.

Not just rabbits are symbols of fertility, sensuality, or depictions of spring scenes as in the Labour of the Months. Animals like rabbits or Hares were a keen interest of artists, and that’s why there have been several paintings of the same kind.

In the segment below, you can find a variety of rabbit paintings and how rabbits represent different emotions. While some of them are symbols of fertility, others represent mythological meanings.

Also Read: How Can You Tell How Old A Bronze Sculpture Is?

Significance of Rabbits in Art

To a lesser known fact, rabbits are connected to the idea of rebirth. In centuries-old art, rabbits were believed to reproduce not only prodigiously but also asexually.

Other qualities of rabbits are highlighted in folklore, including their mischievous side. Often seen as cunning tricksters in Native American and Central African mythologies, rabbits managed to be a keen interest of artists.

From case studies to their nocturnal activities, rabbits became a central subject for many paintings. The fine arts culture always welcomed rabbit paintings with open hearts and regarded them as having high standards of creativity.

The most significant of all the rabbit paintings is A Young Hare by Albrecht Durer. This rabbit painting was created in 1502 in his workshop and was acknowledged as a splendid piece of art alongside his other masterpiece, Great Piece of Turf.

The subject of the painting is rendered with almost photographic accuracy. However, the artwork is entitled Young Hare, but the portrait is sufficiently detailed for the hare, which is a mature specimen. Therefore, its German title translates as “Field Hare”.

The painting is set over a complex technique yet so perfect in every sense. The hare’s fur lay in different directions, with lighter and darker tones and patches all over. Despite the technical challenges, the appearance of light is a multi-colored, multi-textured subject.

The artist managed to create a detailed but scientific approach to studying the animal. It is also an influential work with warm golden light that hits the hare from the left. It puts more light on the ears and hair along the body, giving a spark of life to the eye while casting a bold shadow to the right.

Easter values rabbits more than anything, the extremely celebrated tradition of Christian society. They live and die for a short time, making them an ideal visual. In many instances, they nod to the theme of mortality in art.

Their rapid breeding rate implies fertility and sensuality. But, as prey animals, they indicate innocence and love. As symbolic archetypes, rabbits are helpful for understanding dreams and art. Yes, dreams of a rabbit have more meaning than the frightened “Thumper” of Disneyworld.

Rabbits symbolize earthly energies and help protect one from bad dreams and darkness. It is a theory from Roman traditions that vibrations from rabbits comprehend as a source of illumination from the Earth’s energy.

Madonna Of The Rabbit

The Madonna of the Rabbit by Titian is an oil painting from the 15th century. The painting is so named because Mary holds a rabbit in her hand. The rabbit is presented as a symbol of fertility, wellness, and Mary’s purity as a virgin.

In the rabbit painting, Catherine is dressed as a maid of honor. She is shown her traditional attribute with a broken wheel at her feet. She and Mary sit beside a fruit basket full of apples and grapes in a meadow. Apples and grapes symbolize original sins and their redemption.

The background illustrates a shepherd who appears sad, like the mourning Titian. The wildflower in the foreground is a saga of classical poetry and the arcadian landscape. The idyllic rabbit painting is notable artwork, with orange stripes over a blue twilight sky.

A Hare In The Forest

A Hare In The Forest by Hans Hoffman depicts a golden brown hare inspired by Albrecht Durer’s famous and influential watercolor art, Stag Beetle. A very alert hare sits across a pine forest from the stalk of a Lady’s mantle.

Unlike dark and dull depictions of animals, Hans Hoffman chose a striking impression and painted the canvas with illuminating colors. As a result, each plant and insect, from snakes to cricket beetles, is vividly visible.

The finely wrought leaves, the sprawling fronds, and the bright blue flowers are drawn with meticulous attention. Hoffman’s imagination and ability to narrate the whole dynamic that coexisted around the hare is beyond beautiful.

Explore the best rabbit paintings online to know more about these fast-crawling creatures. Their cute nibbles, hairy appearance, and fanatic presence made them an intriguing feature of artworks.

How To Make Your Home Outdoors Lively? 10 Ideas

Use a Hand Dryer or Paper Towels – Not Cloth Towels

Sophia Rose - September 15, 2022 0
The world of paper towels and hand dryers is a contentious one. Some people are dead-set against the use of cloth towels...

Sophia Rose - May 1, 2022 0
Buying a home could be a potentially daunting task! You must carefully inspect each detail, from the property's location...

How to prepare for a DIY home renovation project?

Sophia Rose - October 14, 2022 0
So, you’re thinking about renovating?  Whether you’ve been inspired by DIY home renovations on TikTok or you’ve just secured...

6 Practical Tips to Keep in Mind When Buying a Condo

Sophia Rose - April 25, 2022 0
A condo is a great property investment option, especially if you live in the city. With more and more areas being developed...

Sophia Rose - December 21, 2021 0
"Loose connections, bad power cord, and resistance levels are the main cause if your Peloton won't turn on. So before taking mechanical...
© 2020 - All Rights Reserved - Smily Homes